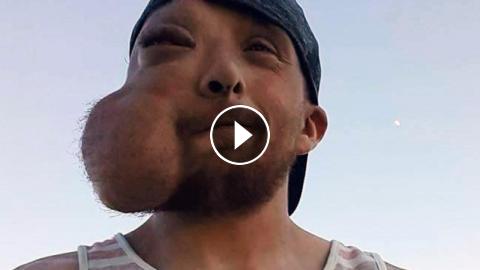 Lucas was born with a rare medical condition resulting in an 8-pound tumor on his face as an adult, which causes him a lot of pain.Subscribe to The Do...