165 Views
admin
[Cover: GETTY IMAGES]
Apple has announced measures intended to frustrate software tools used by Facebook to track web users automatically.
Apple's software chief said its web browser, Safari, would in future ask owners' permission before allowing the social network to monitor their activity.
Quiz:
Key words and phrases
spat
short, often petty, argument
-We aren't talking at the moment. We had a spat about whose turn it is to wash up.
-Dan and his brother used to get into spats over video games.
snooping
secretly observing
-How did you know where I hid the biscuits? Have you been snooping on me?
-The spy snooped through the documents on the ambassador's desk.
took a shot
attacked
-The boxer took an early shot at his rival during the press conference, but missed.
-The presidential candidates took shots at each other during the televised debate.
Do you want to learn how to speak English? Then join us here on YouTube for great grammar, drama, news, study, pronunciation, vocabulary, music, interviews and celebrity videos. Every day we have a new video to help you with English. We also produce regular 'extra' videos across the week so come back every day to see what's new.
MONDAY: The English We Speak
TUESDAY: News Review
WEDNESDAY: LingoHack
THURSDAY: 6 Minute English
FRIDAY: The Experiment (watch this space for new and exciting content that we are trying out!)
Please use English when you comment.
For more videos and content that will help you learn English, visit our website: 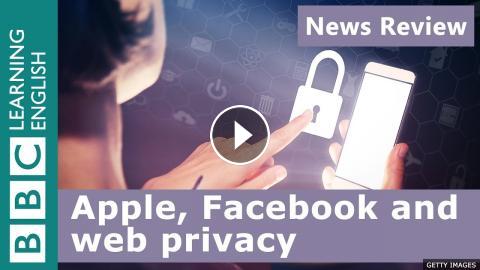