ava
The interview brings out Nobel Prize Winner Professor Sir Roger Penrose's highly unconventional choice of subjects for deep study, which completely ignored the boundary between ‘pure’ and ‘applied’ mathematics. Those familiar with his world-leading development of relativity theory in the 1960s may be surprised to learn how much he was influenced by quantum theory in the 1950s, and also by the early origin of his new ideas.

Roger also explains the influence of Dirac, Sciama and other leading figures of the 1950s, and goes on to characterise the emergence of twistor theory. Non-experts will be interested to hear how the ideas of his best-known work, The Emperor’s New Mind, also had an origin in this early period. He also adds fascinating detail about the psychology of mathematical discovery, explaining how he was very slow at school, needing extra time to think issues through for himself. The mystery of time, in physics and human consciousness, runs through the entire conversation, and lights up even the most technical aspects of the discussion. 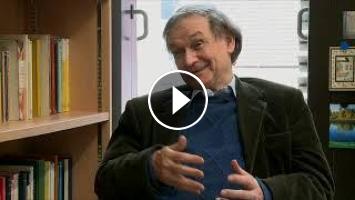