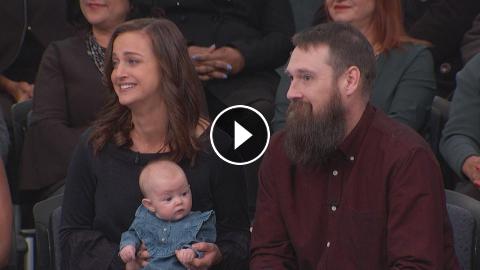 The Doctors’ director of publicity Kate and her husband Brian join the show to find a solution for their baby refusing to take a bottle.Subscribe to T...