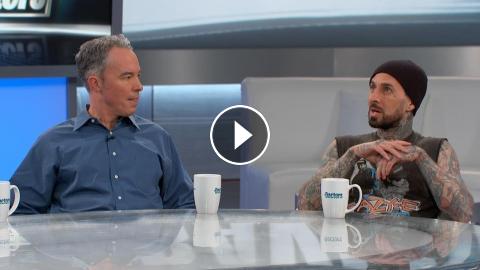 After surviving a 2008 plane crash, the Blink 182 drummer suffered from injuries and 2nd and 3rd-degree burns that required numerous surgeries and ski...