190 Views
admin
Watch today's Pocketnow Daily as we talk about the Apple iPhone X and the delays caused by component issues. Then we talk about the Apple Watch Series 3, and how it might break sales records again. The Microsoft Surface Pro LTE follows as we finally have a possible launch date. The whole Sprint/T-Mobile merger is what follows, now that we get more credible information on how that would look. We end today's show with the recent Google Pixel and Google Pixel XL deals.
All this and more after the break.
Stories:
- OG Google Pixel and Pixel XL have never been as cheap as Woot currently sells them
- Merged Sprint/T-Mobile network visualized in maps
- That long-promised LTE-capable Surface Pro is reportedly launching on December 1
- The Apple Watch ‘story’ has merely begun, and sales are already estimated at 33 million overall
- Things aren’t looking up for Apple’s iPhone X production, and Face ID is the reported culprit
Read more:
Lee más en Español:
Subscribe:
About us:
Pocketnow has been a key source of mobile technology news and reviews since its establishment in 2000. With offices on three continents, Pocketnow offers round-the-clock coverage of the mobile technology landscape, from smartphones to tablets to wearables. We aim to be your number-one source for mobile tech news, reviews, comparisons, and commentary. If you love mobile as much as we do, be sure to subscribe!
Follow us: 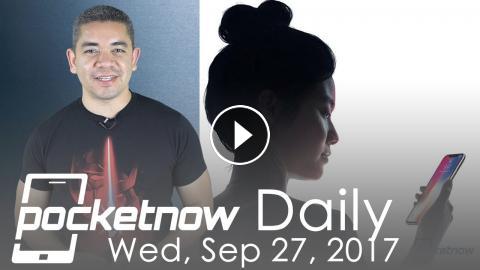