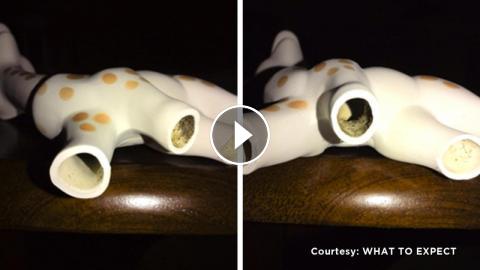 In a recent online report, parent’s claim they have found mold growing inside of the popular toddler chew toy Sophie the Giraffe.Subscribe to The Doct...