141 Views
admin
Read more:
Stories:
- It may not be too late to purchase a still-respectable HTC 10 at $240 from Sprint
- Verizon HTC U11 is one of the first to ditch CDMA support
- Apple chipset leader is now Google’s
- Apple car plans vaguely confirmed by Tim Cook at last, ‘very important core technology’ in the works
- Samsung Galaxy S8+ leads latest Consumer Reports smartphone ratings, S8 is second, S7 Edge third
Watch today's Pocketnow Daily as we talk about the recent deals you can find for the HTC 10. Then we talk about the HTC U11 and how it brings some uniqueness to Verizon. Apple is next as we hear that Google has just snatched the company's lead chip genius. Apple still continues as we hear Tim Cook talking about automated vehicles. We end today's show talking about the Samsung Galaxy S8+ and how its won good ratings on Consumer Reports.
All this and more after the break.
Subscribe:
About us:
Pocketnow has been a key source of mobile technology news and reviews since its establishment in 2000. With offices on three continents, Pocketnow offers round-the-clock coverage of the mobile technology landscape, from smartphones to tablets to wearables. We aim to be your number-one source for mobile tech news, reviews, comparisons, and commentary. If you love mobile as much as we do, be sure to subscribe!
Follow us: 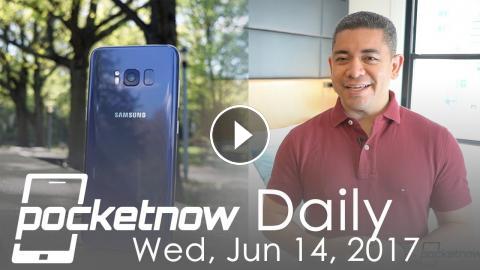