lily
✎ If you're looking for ways to Get in the right environment, don't conform, and do what's meaningful this video is for you.
Grab a snack and chew on today's lessons from a man who went from having to change elementary schools 7 times and being hit by teachers for making mistakes to co-founding PayPal, becoming a venture capitalist, and making billions of dollars. He's Peter Thiel and here's my take on his Top 10 Rules for Success Volume 2!
★★★ SECRET BONUS VIDEO ★★★
What is the One Word that is most important to Tony Robbins, Gary Vaynerchuk, will.iam, Oprah Winfrey, and Howard Schultz? Find out here:
❤ HELP TRANSLATE THIS VIDEO ❤
If you loved this video, help people in other countries enjoy it too by making captions for it. Spread the love and impact.
★ MORE RECOMMENDED VIDEOS FOR YOU ★
If you enjoyed this video, you may enjoy these other videos from Evan Carmichael:
• Warren Buffett's Top 10 Rules For Success -
• Peter Thiel Interview - Peter Thiel's Top 10 Rules For Success -
• Elon Musk's Top 10 Rules For Success -
-= THIEL'S RULES =-
1. Solve problems
2. Always be open to learning
3. Don't conform
4. Don't compete
5. Get in the right environment
6. Think ahead
7. Understand what customers want
8. Do something completely new
9. Do what's meaningful
10. Work with extraordinary people
✎ He was born in Frankfurt and holds German citizenship. He studied philosophy at Stanford University. He went on to the Stanford Law School and received his J.D. in 1992. He co-founded PayPal and served as CEO until its sale to eBay in 2002 for $1.5 billion. After the sale of PayPal, he founded Clarium Capital, a global macro hedge fund. He launched Palantir Technologies, an analytical software company. He became Facebook's first outside investor when he acquired a 10.2% stake for $500,000 in August 2004. He served as a partner at Y Combinator from 2015 to 2017. He was ranked No. 4 on the Forbes Midas List of 2014. He has an estimated net worth of $2.6 billion.

✔ SOURCES ✔
Forbes
Forbes
TheBlaze
USA TODAY
Forbes
BuzzLab BUEntrepreneurship
Mercatus Center
♛ BUY MY BOOK, CHANGE YOUR LIFE ♛
Some used the ideas in this book to build multi-billion-dollar businesses. I'll give you the simple-yet-powerful formula that they used (and you can) to realize your dreams. Get yours.
✉ JOIN MY #BELIEVE NEWSLETTER ✉
This is the best way to have entrepreneur gold delivered to your inbox, and to be inspired, encouraged and supported in your business. Join #BelieveNation and feel the love.
⚑ SUBSCRIBE TO MY CHANNEL ⚑
If you want to do great things you need to have a great environment. Create one by subbing and watching daily.
¿ COMMON QUESTIONS ¿
• What is #BTA?:
• How do I get one of Evan's t-shirts?:
• Why does Evan look like Nicolas Cage?:
• Why does Evan make so many videos?
• How do I vote for the next Top 10 video Evan should make?
ツ CONNECT WITH ME ツ
Leave a comment on this video and it'll get a response. Or you can connect with me on different social platforms too:
• Twitter:
• Facebook:
• Google+:
• Website:
• Livestream Channel:
• #BelieveNation Forums:
.: MORE ABOUT ME PERSONALLY :.
• About:
• Speaking:
-----------------------------------------------------------------------------
Thank you for watching - I really appreciate it :)
Cheers,
Evan
#Believe 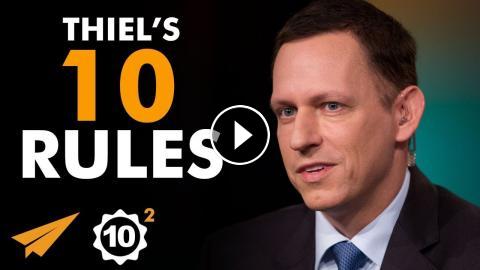 ✎ If you're looking for ways to Get in the right environment, don't conform, and do what's meaningful this video is for you.Grab a snack and chew on t...