lily
✎ If you're looking for ways to Be Fearless, Stand for something, and #Believe in your dream, this video is for you.
Grab a snack and chew on today's lessons from a man who went from being whipped as a boy up to age 15 and suffering from depression for most of his life to becoming the most visible spokesperson and leader in the civil rights movement using nonviolent tactics. He's Martin Luther King Jr. and here's my take on his Top 10 Rules for Success!
★★★ SECRET BONUS VIDEO ★★★
What are the success rules from Steve Jobs, Jeff Bezos, Kanye West, Tony Robbins, and Elon Musk that had the biggest personal impact on me? Find out here:
❤ HELP TRANSLATE THIS VIDEO ❤
If you loved this video, help people in other countries enjoy it too by making captions for it. Spread the love and impact.
★ MORE RECOMMENDED VIDEOS FOR YOU ★
If you enjoyed this video, you may enjoy these other videos from Evan Carmichael:
• Maya Angelou's Top 10 Rules For Success -
• Nelson Mandela's Top 10 Rules For Success -
• Ava DuVernay's Top 10 Rules For Success -
-= KING'S RULES =-
1. #Believe in yourself
2. Be fearless
3. Fight for yourself
4. Keep moving
5. Follow your morals
6. Act now!
7. Be determined to achieve excellence
8. Stay true to your principles
9. Stand for something
10. Have a dream
-= BONUS =-
* Empower
* Learn to accept mistakes
✎ At the age of 12, after his maternal grandmother died, King blamed himself and jumped out of a second-story window, but survived. King said that his father regularly whipped him until he was fifteen. He became a civil rights activist early in his career. He led the 1955 Montgomery bus boycott and helped found the Southern Christian Leadership Conference. He also helped to organize the 1963 March on Washington, where he delivered his famous "I Have a Dream" speech. In 1964, King received the Nobel Peace Prize for combating racial inequality through nonviolent resistance. In 1965, he helped to organize the Selma to Montgomery marches. He expanded his focus to include opposition towards poverty and the Vietnam War. In 1968, he was planning a national occupation of Washington, when he was assassinated by James Earl Ray.
✔ SOURCES ✔
Beacon Press
NewsPoliticsInfo
Our Black Improvement
NBC News
Calin Gilea
gregorija1
Insaaf Blog
Larry King
Framepool Stock Footage
Merv GriffinShow
gregorija1
♛ BUY MY BOOK, CHANGE YOUR LIFE ♛
Some used the ideas in this book to build multi-billion-dollar businesses. I'll give you the simple-yet-powerful formula that they used (and you can) to realize your dreams. Get yours.
✉ JOIN MY #BELIEVE NEWSLETTER ✉
This is the best way to have entrepreneur gold delivered to your inbox, and to be inspired, encouraged and supported in your business. Join #BelieveNation and feel the love.
⚑ SUBSCRIBE TO MY CHANNEL ⚑
If you want to do great things you need to have a great environment. Create one by subbing and watching daily.
¿ COMMON QUESTIONS ¿
• What is #BTA?:
• How do I get one of Evan's t-shirts?:
• Why does Evan look like Nicolas Cage?:
• Why does Evan make so many videos?
• How do I vote for the next Top 10 video Evan should make?
ツ CONNECT WITH ME ツ
Leave a comment on this video and it'll get a response. Or you can connect with me on different social platforms too:
• Twitter:
• Facebook:
• Google+:
• Website:
• Twitch:
• Livestream Channel:
• #BelieveNation Forums:
.: MORE ABOUT ME PERSONALLY :.
• About:
• Coaching:
• Speaking:
-----------------------------------------------------------------------------
Thank you for watching - I really appreciate it :)
Cheers,
Evan
#Believe 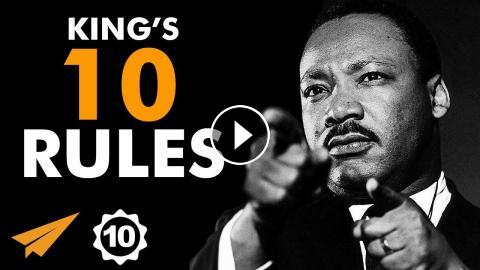 ✎ If you're looking for ways to Be Fearless, Stand for something, and #Believe in your dream, this video is for you.Grab a snack and chew on today's l...