ava
In a briefing to the Security Council, a senior United Nations humanitarian official reported “a further serious deterioration of the humanitarian situation” in four governates of Syria “with intense aerial bombardment and shelling.”
John Ging, the Director of Operations and Advocacy for the Office for the Coordination of Humanitarian Affairs (OCHA) told the Council that recent weeks have seen a further serious deterioration of the humanitarian situation in northwest Syria, with intense aerial bombardment and shelling reported in parts of Idlib, Aleppo, Hama and Latakia governorates resulting in the death and injury of civilians.
Ging said that aid organizations are using cross-border assistance deliveries which provide a critical lifeline for hundreds of thousands of civilians. Some 680,000 people received food from Turkey in July alone.The director told the Council members that humanitarian partners are finalizing a
comprehensive Readiness Plan for people in areas of the north-west of Syria to cover a humanitarian response during a six month period, complementing assistance mobilized from inside Syria.
He said “with an estimated 2.1million people already in need in areas under non-state armed group control covered by the Readiness Plan, with humanitarian workers likely to be among the displaced and with many organizations facing increasing funding shortfalls, the efforts of the Council to avoid any further escalation of violence and an ensuing humanitarian catastrophe are critical.”
Ging also called on the members of the Council to do all they can to ensure de-escalation in Idlib as well as its surrounding areas, he emphasized that a worst-case scenario there will overwhelm humanitarian capacities and has the potential to create a humanitarian emergency at a scale not yet seen during this crisis. 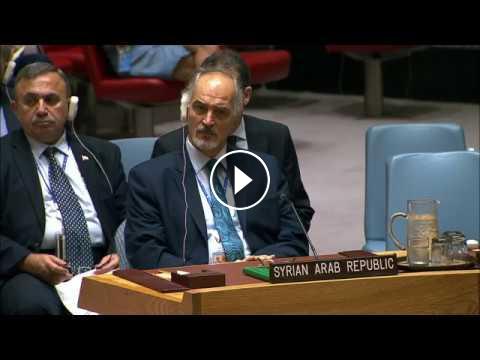 In a briefing to the Security Council, a senior United Nations humanitarian official reported “a further serious deterioration of the humanitarian sit...