194 Views
admin
Stories:
- Google confirms Android Lollipop updates for older Nexus models
- Latest Oppo N3 leak reveals a new hardware feature
- AT&T getting budget-priced ASUS PadFone X mini later this month
- Apple releasing iOS 8.1 early next week
- Apple Pay goes live this coming Monday
- Apple announces the iPad mini 3
- Apple introduces the crazy-thin iPad Air 2
Our apologies for the late upload due to some technical difficulties. Watch today's Pocketnow Daily as we talk about Google's confirmation of which Nexus devices are getting Android 5.0 Lollipop. Then we talk about AT&T's announcement of the ASUS PadFone X mini for the next few weeks. Apple follows with the official launch of iOS 8.1, along with Apple Pay, and OS X Yosemite. We then talk about the Apple's official announcement of the iPad mini 3. We end today's show talking about the iPad Air 2 and why it's hot.
All this and more after the break.
Subscribe:
About us:
Pocketnow has been a key source of mobile technology news and reviews since its establishment in 2000. With offices on three continents, Pocketnow offers round-the-clock coverage of the mobile technology landscape, from smartphones to tablets to wearables. We aim to be your number-one source for mobile tech news, reviews, comparisons, and commentary. If you love mobile as much as we do, be sure to subscribe!
Follow us: 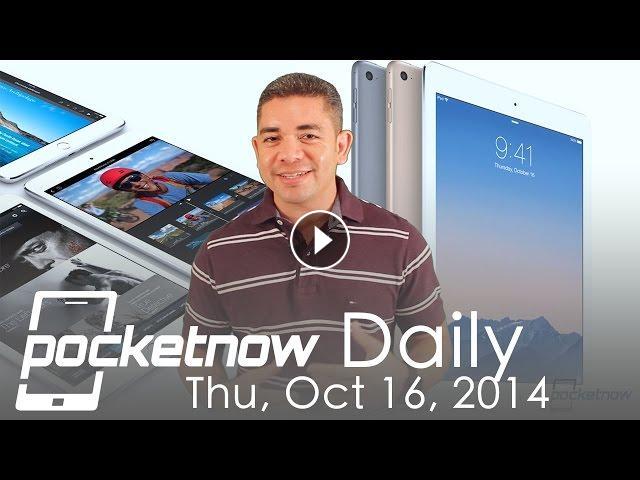