Along with a new look, OS X Yosemite includes several feature improvements, like a "Today" view in Notification Center that offers integration with third-party apps and an improved Spotlight search that pulls in data from new sources.

Apple has also added improvements to several core apps, bringing a new look to Safari and new features to the Mail app, like Mail Drop, for attachments up to 5GB and Markup, which lets users make annotations to images and documents from within the Mail app.

Yosemite's most notable feature set is "Continuity," which allows the new OS to integrate deeply with iOS 8. With Handoff, users can start a task on one device and complete it on another with a seamless transition, and another Continuity feature, SMS relay, will let users answer phone calls on their Macs.

Yosemite is available as a free download to all Mac users beginning on October 16. For more information on the new operating system, make sure to check out our OS X Yosemite Roundup: 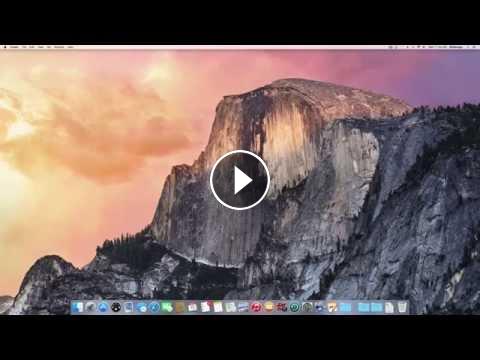