ava
Positano, Italy Walking Tour 2022 (4k Ultra HD 60fps) – With Captions
We recorded this 4k ultra hd video during our trip to Positano, Italy on June 2022.
Positano, also known as “the pearl of the Amalfi coast” or "vertical city", is a cliffside village located on the Amalfi Coast to the South of Italy. The village became a wealthy market port of the Amalfi Republic from the 15th to 17th century and has only continued to grow in popularity over time. By the mid-nineteenth century, however, the town had fallen on hard times. More than half the population emigrated, mostly to America.
Positano was a relatively poor fishing village during the first half of the twentieth century. It began to attract large number of tourists in the 1950s, especially after John Steinbeck published his essay about Positano in May, 1953.
The town's rapid growth from a small fishing village to an international destination is credited to the rise of the tourism industry.
Our guided walking tour is about 2.8 miles (4.5 km) long and covers most attractions and historic sites of Positano. 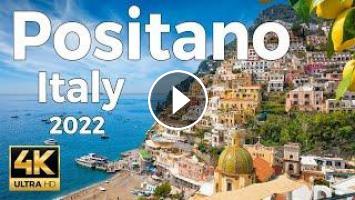