Road-Tripping Through the Upper Midwest to Help Legalize, Tax, and Regulate Recreational Marijuana

lily
I just spent a week in Michigan and North Dakota, advocating for the end of the expensive, racist, and counter-productive prohibition on marijuana.
Back in 2012, we voted to legalize recreational marijuana in Washington State. I’m proud of that vote and what it has meant for social justice, civil liberties, and public safety. And so, every election cycle since then, I’ve gone on a barnstorming tour to help other states end our country’s prohibition on marijuana. In 2014, it was Oregon. In 2016, it was Massachusetts and Maine. This past spring, I traveled to D.C., Maryland, Delaware, New Jersey, and Vermont. And last week, I headed to the Upper Midwest.
I met a lot of good people in Michigan and North Dakota, and I worked very hard to share with them what we’ve learned in the six years since we legalized the adult recreational use of marijuana in Colorado and Washington State. In 2012, the governors of both of those states opposed the bills to legalize marijuana — but today, after six years of legal sales, both states are doing great, and those same governors (Hickenlooper and Inslee) support the laws. And that’s because we now have a track record. The numbers are in: When you legalize marijuana smartly, adult use stays roughly the same, teen use does not go up, DUIs do not go up, and crime does not go up. What does go up are civil liberties and tax revenue. In Washington State, we no longer arrest 10,000 pot smokers a year. And a billion dollars a year in illegal sales is now a billion dollars a year in legal sales — generating over $300 million a year for Washington State to use for education, health care, and drug treatment programs.
My hope is that this November, the people of Michigan and North Dakota will see the sense in taking crime out of the equation and vote to end prohibition. It’s time to get smart on drug policy.
(You can find out more about my marijuana activism at .)

Road-Tripping Through the Upper Midwest to Help Legalize, Tax, and Regulate Recreational Marijuana 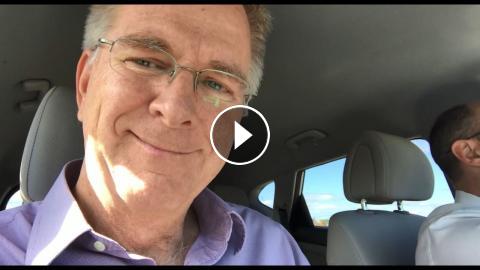 I just spent a week in Michigan and North Dakota, advocating for the end of the expensive, racist, and counter-productive prohibition on marijuana.Bac...