ava
NASA just launched its Mars rover Perseverance, perched atop an Atlas V5 rocket. But NASA wasn't alone….In the past two weeks, China launched its Tianwen-1 mission, and the United Arab Emirates launched its Hope Probe, all headed to Mars. These spacecraft will travel over 400 million kilometers before reaching their destination around February 2021. But in the past 13 years, only seven rockets sent missions to the red planet. So, why are so many attempts to reach Mars all happening right now?

Tech Insider tells you all you need to know about tech: gadgets, how-to's, gaming, science, digital culture, and more. 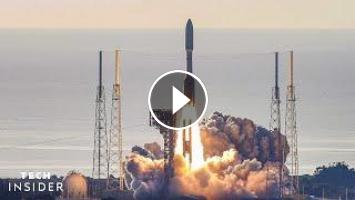