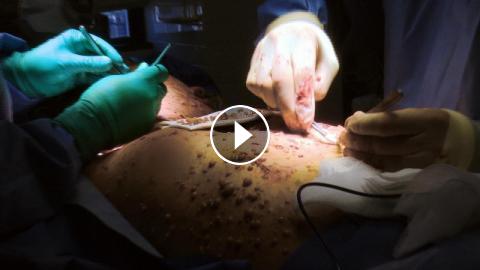 Libby, who bravely came to The Doctors earlier this season to share her struggle with tumors, returns to have them removed by plastic surgeons Dr. And...