ava
United Nations - Press conference untitled "A Credible List, Watchlist’s Recommendations for the Secretary-General’s 2018 Annual Report on Children and Armed Conflict".
The NGO Watchlist on Children and Armed Conflict today (6 Mar) issued its recommendations for the Secretary-General’s 2018 Annual Report on Children and Armed Conflict, calling for the inclusion of the state security forces in Myanmar, Afghanistan, Democratic Republic of the Congo, and Israel, and non-state armed groups in the Central African Republic, Mali, and South Sudan in the list of perpetrators.
Speaking to reporters at UN Headquarters, Watchlist's Advocacy Officer Dragica Mikavica additionally recommend that the Secretary-General “gathers further information for the purposes of determining whether Kurdish groups in Iraq, the African Union Mission in Somalia (AMISOM), international coalitions involved in the conflict in Syria, and the armed forces of the Philippines, should be listed in his 2018 report.
Lastly, she “strongly” urged the Secretary-General to address the situation in Ukraine in his report, “at the very list by mentioning it in the narrative, but to use its teams in the ground to further gather information on violations by all parties in this conflict for the purposes of determining any listing.”
Mikavica said that in his 2017 report, “the Secretary-General took positive steps towards improved accountability for perpetrators by, for instance, listing the Saudi Arabia-led coalition forces for killing and maiming, and attacks on schools and hospitals in Yemen, and the Popular Mobilization Forces, or the PMF, closely linked to the Iraqi government for recruiting and using children in armed conflict in Iraq.”
Anticipating “member states exerting undue pressure on the Secretary-General again this year, and the continued interference of politics with the listing process,” she called upon the Secretary-General “to once again use his report to include the most complete and credible listing of perpetrators based on documented UN verified evidence of data on violations.”
Doing so, she added, “elevates children above politics and sends a strong message to all perpetrators, regardless of who they are, a state security or peacekeeping force, a non-state armed actor, or a coalition of states, that these crimes will not be tolerated.”
Watchlist’s policy note, A Credible List, Watchlist’s Recommendations for the Secretary-General’s 2018 Annual Report on Children and Armed Conflict,” provides the Secretary-General with recommendations for inclusion in his 2018 annual report and its annexes, while recommending other parties and country situations for further UN investigations to determine a potential listing. 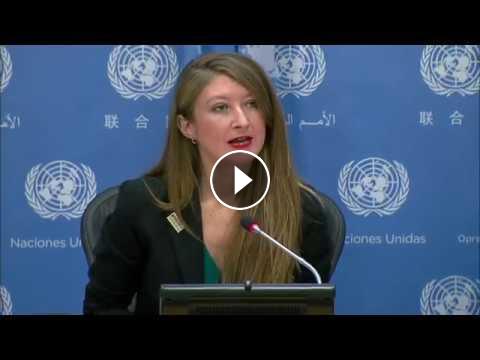