AVA
A Message to Dads across America: Take time to be a dad today
According to an Ad Council survey, 86% of dads spend more time with their children today than their own fathers did with them. However, a majority of dads (7 out of 10) also reported that they could use tips on how to be a better parent. To inspire and support fathers everywhere, the Ad Council, U.S. Department of Health and Human Services, and the National Responsible Fatherhood Clearinghouse have launched a new series of public service advertisements (PSAs) to encourage dads to recognize the critical role fathers play in their children’s lives through something as simple as a dad joke. The TV spots feature kids re-telling jokes their dads shared with them, highlighting that even the smallest moments fathers spend with their children can have the biggest difference in their children’s lives.
More On Fatherhood Involvement:
These PSAs are reaching out to all fathers to inspire and support men in their commitment to responsible fatherhood. The PSAs communicate to fathers that their presence is essential to their children's well-being. The tagline "Take time to be a dad today" is part of an ongoing effort to encourage dads to play an active role in their children's lives. The campaign also serves as a resource for fathers by providing the information they need to become more involved with their kids.
Click here to learn more:
Subscribe for Ad Council’s latest PSAs:
Smokey Bear Says Stay Connected:
Visit Ad Council’s Official Blog:
LIKE Ad Council On Facebook:
Follow Ad Council On Twitter:
Follow Ad Council On Tumblr:
Follow Ad Council On G+:
Follow Ad Council On Pinterest:
Follow Ad Council On Linked In:
Sign Up For Newsletters From The Ad Council:
About the Ad Council:
Our mission is to identify a select number of significant public issues and stimulate action on those issues through communications programs that make a measurable difference in our society. Fore information, news, events, and more, please click here: 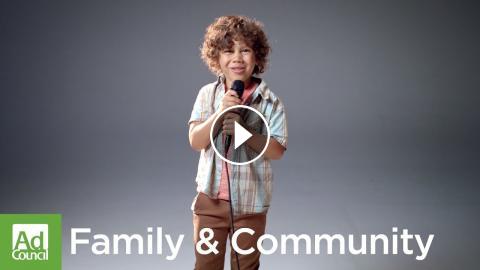 A Message to Dads across America: Take time to be a dad todayAccording to an Ad Council survey, 86% of dads spend more time with their children today ...