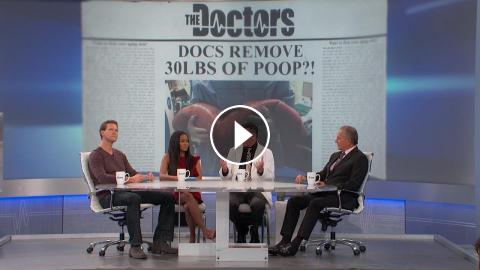 Proctologist Dr. David Rosenfeld joins The Doctors to discuss a man who was constipated for 22 years. Doctors removed almost 30-pounds of poop from hi...