Dora The Explorer - Made from Play Doh by KidsSurprise

This is another Dora The Explorer adventure full episode. In this episode we tried to made Dora The explorer whole from Play-Doh. Another educational video for kids with good music(songs). Now Dora The Explorer can dance, have fun with her.

Hello everyone. We’re back with a new super fun video, where we recreate a really bright and smart character - Dora the explorer.
Dora the explorer is an American educational animated TV series, which centers around a girl named Dora, with a love of embarking on quests related to an activity in which she would like to partake or some place that she wants to go, accompanied by her talking purple backpack and anthropomorphic monkey companion named Boots (named for his beloved pair of red boots). Each episode is based around a series of ritualistic events that occur along the way during Dora's travels, along with obstacles that she and Boots are forced to overcome or puzzles that they have to solve (with "assistance" from the viewing audience) relating to riddles, the Spanish language, or counting.
So start exploring and solving the riddles alongside Dora right after you finish her play doh creation. We hope you have fun.

All music used in this compilation from:
Kevin MacLeod (incompetech.com)
Licensed under Creative Commons: By Attribution 3.0
http://creativecommons.org/licenses/by/3.0/

Dora The Explorer - Made from Play Doh by KidsSurprise 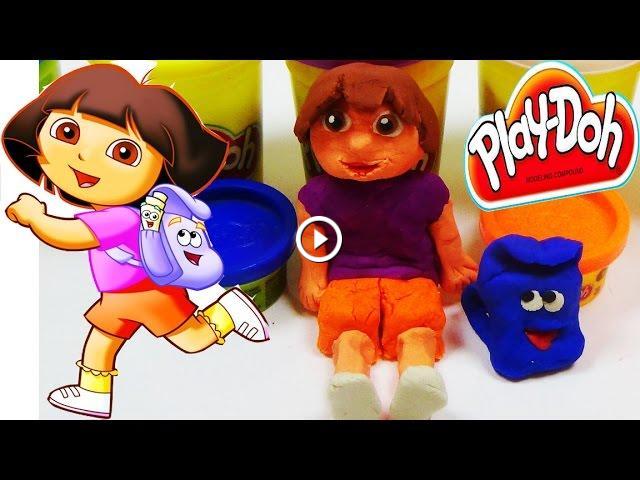