This is one of the play doh set videos where you can learn how to make from play doh TMNT Teenage Mutant Ninja Turtles. These Playdough video for children is our play doh creation. TMNT likes pizza a lot so we made it also for them ;)


Hi there everyone. A new surprise for all kids watching, back again after a long long time are the TMNT teenage mutant ninja turtles. After the popularity of the latest film made for these heroes, we decided to create play doh forms resembling the turtles. Also, as an inspiration, we used cupcakes made in the form of the heads of the ninja turtles, so that is why the creation looks delicious as well as crafty.
The Teenage mutant ninja turtles (often shortened to TMNT or Ninja Turtles) are a fictional team of four teenage talking tortoises, named after four Renaissance artists, who were trained by their anthropomorphic rat sensei in the art of ninjutsy. From their home in the storm sewers of New York, they battle petty criminals, evil overlords, mutated animals, and alien invaders while attempting to remain isolated from society.
1 Leonardo (Leo) – The tactical, courageous leader and devoted student of his sensei, Leonardo wears a blue mask and wields two long, razor-sharp swords. As the most authoritative of the four, he often bears the burden of responsibility for his brothers, which commonly leads to conflict with Raphael. Leonardo was named after the Italian polymath, painter, engineer, inventor, writer, anatomist and sculptor Leonardo Da Vinci.

2 Michelangelo (Mike or Mikey) – The most stereotypical of the team: An easy-going and free-spirited prankster, Michelangelo wears an orange mask and wields a pair of nunchucks. He is the least mature of the four Turtles and provides the comic relief. Michelangelo has an adventurous side coupled with a love of pizza. He is somewhat of a surfer boy and is often depicted with a Southern Californian accent. He is named after the Italian Renaissance painter, sculptor, architect, poet, and engineer, Michelangelo.

3 Raphael (Raph) – The team's bad boy, Raphael wears a dark red mask and wields a pair of sai. He is physically strong, has an aggressive nature, and seldom hesitates to throw the first punch. He is often depicted with a New York accent. His personality can be fierce and sarcastic, and oftentimes delivers deadpan humor. He is intensely loyal to his brothers and sensei. He is named after the Italian painter and architect of the High Renaissance, Raphaelo.

4 Donatello (Don or Donnie) – The scientist, inventor, engineer, and technological genius, Donatello wears a purple mask and wields a bo staff. Donatello is perhaps the least violent turtle, preferring to use his knowledge to solve conflicts, but never hesitates to defend his brothers. He is named after the early Renaissance Italian artist and sculptor from Florence, Donatello.

And of course - Pizza. No meter how hard a day they’ve had, their favorite way of ending the day is a big slice of pizza, they simply love it, especially Donatello.


All music used in this video is taken from:
Kevin MacLeod (incompetech.com)
Licensed under Creative Commons: By Attribution 3.0 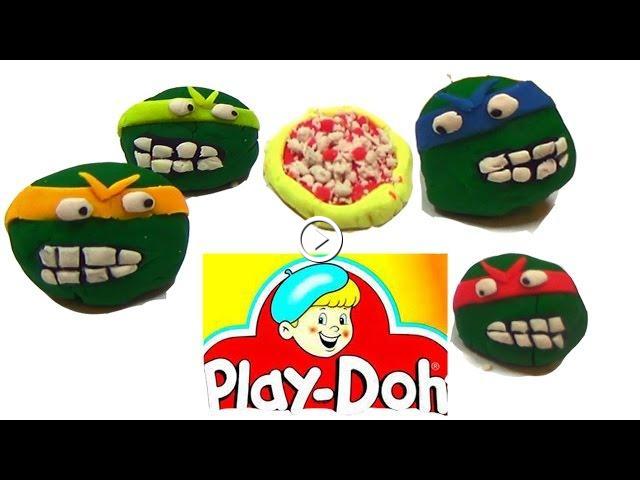