282 Views
admin
Read more:
Lee más en Español:
Stories:
- Microsoft Surface Plus brings zero-interest leasing with 18-month upgrades
- Whoops: No ShatterShield replacements for Moto Z2 Force
- Amazon stops sales of BLU phones over “potential security issue” [UPDATE]
- A visual reminder that the Galaxy Note 8 will be bigger than iPhone 8
- Vic Gundotra has a point about Android cameras falling behind iPhones’
Watch today's Pocketnow Daily as we talk about the Microsoft Surface Plus plan, and what it means if you want to buy yourself a new Surface. Then we talk about the Motorola ShatterShield replacement service that is no more in the case of the Moto Z Force. Then we talk about Amazon and how it has stopped sales of BLU devices on its store due to potential security problems. Then we discuss a photo comparison of the Samsung Galaxy Note 8 being compared to the iPhone 8. We end today's show talking about the recent statement from Vic Gundotra claiming that iPhones take better photos than Android Phones.
All this and more after the break.
Subscribe:
About us:
Pocketnow has been a key source of mobile technology news and reviews since its establishment in 2000. With offices on three continents, Pocketnow offers round-the-clock coverage of the mobile technology landscape, from smartphones to tablets to wearables. We aim to be your number-one source for mobile tech news, reviews, comparisons, and commentary. If you love mobile as much as we do, be sure to subscribe!
Follow us: 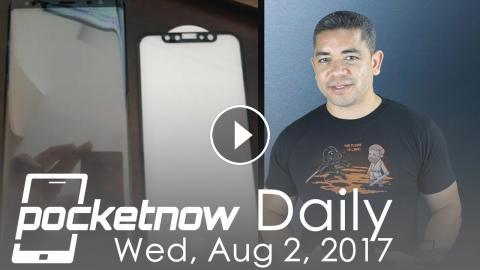