"PHI: The Evolution of Consciousness" is an upcoming feature length documentary that bridges the gap between science and spirituality by recognizing the golden ratio throughout the universe. It explores a brilliant array of perspectives on what could be next for Earth as we know it. The Film is set to release in late fall of 2015.


"PHI" Features interviews from MDs, Professors, Yogis and Healers, psychologists and psychics. This artistic documentary gives a vast insight into the age old contemplations of man, and brings ancient concepts into a new light of the modern world. "PHI" asks how we can become more conscious and united as a people on earth, and on an individual level to get the very most out of our lives.

Φ or "Phi" is a golden numeric ratio that is found throughout nature, the human body and the cosmos. It mathematically expresses the way plants grow, galaxies spiral, and is seen as a key to the grand design of the universe. It is known as the "golden proportion" for this reason.

Let us consider that humankind is constantly changing and evolving. Consciousness on earth has grown from that of plants animals to where humans are now, and it will continue to grow. As we emerge into an age of instant global communication, our ability to perceive, understand and connect in our minds must match the capacity of technology, if we are to to develop to our highest capability. Φ

-The evolution of consciousness
-increasing our awareness and human potential
-developing our ability to sense reality
-quantum theories
-Mind/body connection and physical health
-Sacred Geometry, the grand design of nature and the universe
-Metaphysics : vibration, time, the law of attraction
-Emotional/mental frequency effect on water and physical environment
-Plant, animal and earth consciousness, collective conscious
-Cosmic consciousness, planetary, universal, collective , group, idea consciousness.
-Ancient knowledge and mystery
-Spirituality and beliefs around the world
-Separation : cancer, the shadow, projecting, disconnection and fear from within
-Purpose and lessons of negativity. Making peace and letting go; release and rebirth into what we want to become
-Reaching the higher self, or universal self. (soul level) meditation, automatic writing, channeling, yoga
-The rhythmic harmony of the universe: waves, music, heartbeat, resonance.
-The power of the heart, the emotional self
-individual energetic fields - electromagnetism, auras, chakras and meridians
-Earth energy field
-Interconnection, strength of global community and personal connections

Mark Hemstock is a Canadian Filmmaker from Vancouver, British Columbia. Originally from Calgary, Alberta, Mark attended film school in late 2005. He has worked on numerous commercials, music videos, corporate videos, documentaries and short films as either director, DOP, camera operator or editor. In late 2009, he started his own film company Hemstock Films. "Phi: The Evolution of Human Consciousness" is Mark's first feature length debut as a director. Mark is a very skilled photographer and storyteller.

Olivia Forgues is writer/Producer of Phi Project. Originally from Red Deer Alberta, Olivia moved to Victoria in 2010 to study herbal medicine at Pacific Rim College. She also taught make up artistry at the Academy of Professional Hair Design, and developed her own line of chakra healing sprays named "Gem Essences." Olivia is a naturally gifted intuitive healer, artist and writer. 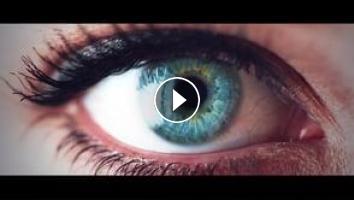