298 Views
admin
Stories:
- Motorola event invite appears to confirm new hardware
- HTC Zoe (Beta): hands-on with “the postmodern social network” (Video)
- Will the Windows Phone HTC One M8 allow ROM-flashers to switch platforms?
- iPhone 6 components leaked in high-quality photos
- Retailer posts Galaxy Note 4 specs: quad HD, 4GB RAM
Watch today's Pocketnow Daily as we talk about the scheduled Motorola event, and what we expect to see according to the press invite. HTC follows as the company has made its Zoe (Beta) service available to others. Microsoft and HTC then takes the stage as we talk about the possibility to dual boot the the rumored HTC One M8 for Windows. Apple follows as we get some leaked parts of the final design of the iPhone 6. We end today's show talking about the Galaxy Note 4 and its specifications.
All this and more after the break.
Subscribe:
About us:
Pocketnow has been a key source of mobile technology news and reviews since its establishment in 2000. With offices on three continents, Pocketnow offers round-the-clock coverage of the mobile technology landscape, from smartphones to tablets to wearables. We aim to be your number-one source for mobile tech news, reviews, comparisons, and commentary. If you love mobile as much as we do, be sure to subscribe!
Follow us: 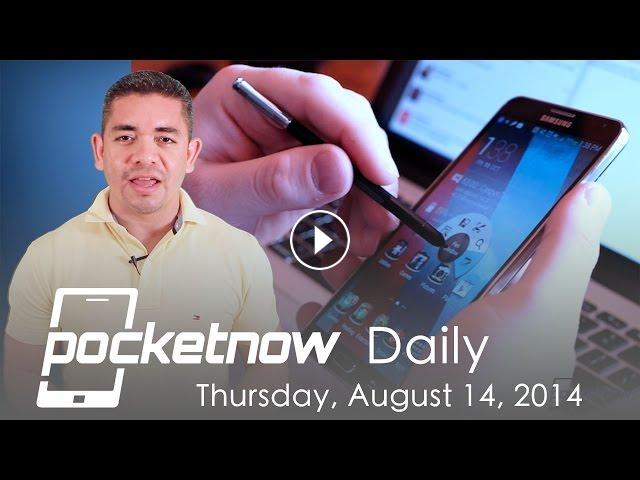