188 Views
admin
Stories:
- A significant amount of iPhone buyers in Europe switched from Android
- Apple Watch 28nm Samsung chip reveals innovation and room for improvement
- OnePlus Two specs will include Snapdragon 810, phone will cost about $400, claims CEO
- Expect Samsung’s round Gear A smartwatch until later this year
- Latest Samsung Galaxy Note 5 rumors suggest different direction for Edge version
Watch today's Pocketnow Daily as we talk about the statistics regarding how many Android users switched to the iPhone 6. Some Apple Watch tear downs then reveal all the room for improvement in its internals. OnePlus 2 rumors are next as we have a solid price tag and specs. Then we talk about the Samsung Gear A smartwatch, and we could expect it to launch. We end today's show talking about the Galaxy Note 5 and next Galaxy Note Edge, and what to expect from its specs.
All this and more after the break.
Subscribe:
About us:
Pocketnow has been a key source of mobile technology news and reviews since its establishment in 2000. With offices on three continents, Pocketnow offers round-the-clock coverage of the mobile technology landscape, from smartphones to tablets to wearables. We aim to be your number-one source for mobile tech news, reviews, comparisons, and commentary. If you love mobile as much as we do, be sure to subscribe!
Follow us: 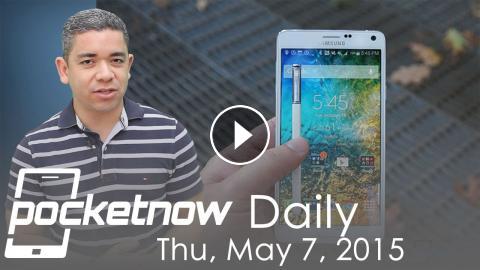