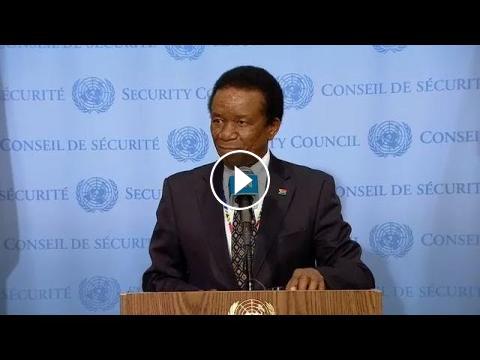 Media stakeout by Jerry Matthews Matjila, Permanent Representative of South Africa to the United Nations and Security Council President for the month ...