James Newton Howard is one of the most decorated composers in the history of entertainment, with his work appearing in more than 140 film and television projects. An Emmy and Grammy award winner and nine-time Oscar nominee, Howard has earned such prestigious honors as the Henry Mancini Award for Lifetime Achievement from the American Society of Composers, Authors, and Publishers (ASCAP) and the BMI Icon Award. Among his most notable movie scores are Pretty Woman, The Sixth Sense, Batman Begins, Disney’s Jungle Cruise, all four installments of The Hunger Games, and all three films in the Fantastic Beasts franchise. As a record producer, arranger, and songwriter, he has collaborated with musical icons Elton John; Crosby, Stills & Nash; Diana Ross; Barbra Streisand; Earth, Wind & Fire; and many more. 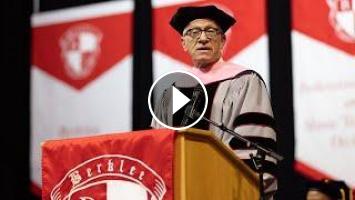