You will enjoy in this modeling!

Hello there kids! We are proud to upload the second part of Madagascar penguins play doh tutorial video. This time referring to a fan wish we created the other two penguins - Rico and Private. We hope you enjoy this video as much as the first part.
Rico is the head of demolition and storage for the Penguins. He has feathers resembling a Mohawk on his head and a scar across the left side of his beak, but it is unknown how he got it, since he didn't have it in the first three Madagascar movies. Rico holds a variety of items in his gut, which is a virtual 'hammerspace' as many of those items are bigger than him. Rico isn't too bright- while he never performs actual actions of stupidity, he is much more comfortable taking orders and being the muscle of the team, often used as a threat by Skipper in interrogations. According to Skipper, he has never disobeyed an order, not even the time he told him to suck the cobra venom out of his left buttock. He has a psychotic love for violence and destruction, looking on to such scenes- whether programs or real life- with a vacant expression of amusement. He also thinks about fish a lot.
Private is the youngest, shortest, chubbiest, and the most inexperienced member of the team. Despite his inexperience, sometimes he is the only penguin able to resolve the main issue (episode) in the series. He is able to reach an end that has both parties in a 'win-win' situation. Being the youngest and unsure of himself, Private sometimes gets himself into some "sticky" situations. In the movie, he was not actually treated well by Skipper because Private, at first, couldn't get the password for the ship correct. Private's job was activating the ship's computer. Private also played in a big role. He has also been in love twice. The first time was in “Merry Madagascar” with a reindeer called Cupid. The second time is in “Love Hurts” where he fell in love with a pretty nurse named Shauna.
So that’s all about these two penguins, we hope you’ll enjoy making them and watching this video. 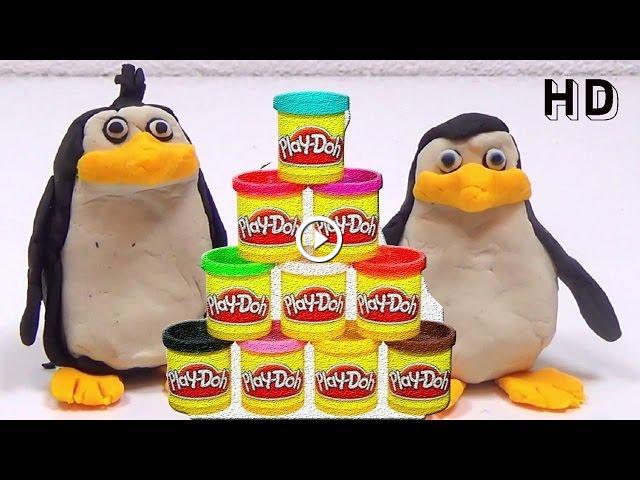 Madagascar Penguins 3D Toys Play Doh Model Private and Rico KidsSurpriseYou will enjoy in this modeling! Hello there kids! We are proud to upload the ...