Kendi is a best-selling author, professor, antiracist activist, and historian of race and discriminatory policy in America, and he joined a virtual question and answer session first with students, and then a public forum to discuss issues ranging from antiracist approaches to public safety, public policy, education, and healthcare, among other topics.

Kendi is the Andrew W. Mellon Professor in the Humanities and the Founding Director of the Boston University Center for Antiracist Research. The New York City native won the 2016 National Book Award for nonfiction for Stamped from the Beginning: The Definitive History of Racist Ideas in America. His most recent book, How to Be an Antiracist, was a New York Times bestseller this year and was described by the Times as “the most courageous book to date on the problem of race in the Western mind.”

Kendi was included in Time magazine’s 100 most influential people of 2020. His work has appeared in the New York Times, Washington Post, London Review, Time, and Salon, and he regularly appears as a commentator for media outlets such as CNN, ABC, CBS, MSNBC, NPR, and the BBC.

The presentation marks the 20th anniversary of the MLK address, instituted by the University in 2001 to promote issues of diversity, freedom, civil rights, and social justice in order to commemorate King’s legacy. The event is hosted by the Office of the Minority Student Affairs and the Office of the President. 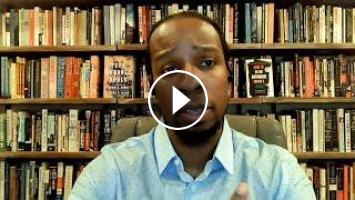