228 Views
admin
T-shirts provided by RIPT. Get your own here: and get 10% off using coupon code: POCKETNOWDAILY
Stories:
- Trusted eBay seller drops LG V20 price to incredibly low $300 with Sprint support only
- Harman Kardon Invoke smart speaker with Cortana goes official ahead of ‘fall’ launch
- Panay: Surface Pro 5? How about “meaningful change” with your “Surface Pro Next”?
- Apple’s Phil Schiller brushes off Amazon Echo and Google Home, hinting at Siri-based rival with a screen
- Tablet multitasking is the highlight of first peeks at Google Fuchsia OS
Watch today's Pocketnow Daily as we talk about the LG V20 and some of the recent deals that have emerged. Then we talk about the new Harman Kardon Cortana-based speaker that got announced. Microsoft then discusses the future of the Microsoft Surface Pro line-up. Apple then takes the stage as Phil Schiller discusses a possible Amazon Echo rival. We end today's show talking about the Google Fuchsia OS, and how it might compete with Android.
All this and more after the break.
Subscribe:
About us:
Pocketnow has been a key source of mobile technology news and reviews since its establishment in 2000. With offices on three continents, Pocketnow offers round-the-clock coverage of the mobile technology landscape, from smartphones to tablets to wearables. We aim to be your number-one source for mobile tech news, reviews, comparisons, and commentary. If you love mobile as much as we do, be sure to subscribe!
Follow us: 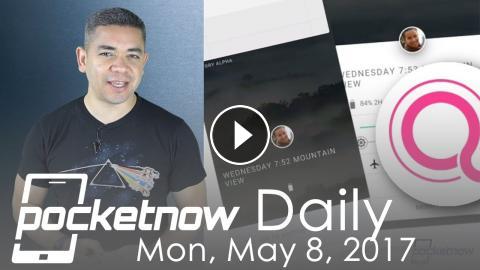 T-shirts provided by RIPT. Get your own here: and get 10% off using coupon code: POCKETNOWDAILYStories:- Trusted eBay seller drops LG V20 price to inc...