From its days as a Phoenician outpost to its expansion into a 16th century trading giant, from the Great Earthquake of 1755 to its glorious reconstruction, Lisbon has long been a city of shifting fortunes.

Lisbon has forever been linked to the sea and it’s on the waterfront where you’ll find the city’s grand gateway, Praça do Comércio. Pass beneath the triumphal arch, a tribute to the city’s reconstruction, and drift down Rua Augusta to another of Lisbon’s great squares, the Rossio.

Climb aboard Tram 28, which passes some of the city’s most iconic sights, then climb the battlements of Castelo de São Jorge to see the red tiled roofs of Lisbon spread out before you.

Although the Great Earthquake reduced much of Lisbon to rubble, the ancient suburb of Alfama was spared. Lose yourself amid the cobblestones, where cafes, bars and artisan shops have taken residence in the dockworkers homes of old. As the sun gets low, join locals in a fado bar to hear heartrending songs of the working class.

20 miles west of the city is Cascais, a sleepy fishing village until Lisbon’s nobility discovered its golden bays in the late 1800s.  Another playground for Portugal’s Monarchs was Sintra, which Hans Christian Andersen called the most beautiful place in Portugal.

After Sintra, spend a few days exploring some of Europe’s most beautiful beaches, such as Praia das Maçãs, Adraga and Ursa. At Cape Roca, stand upon the clifftop, which until the 14th century was considered the end of the world. 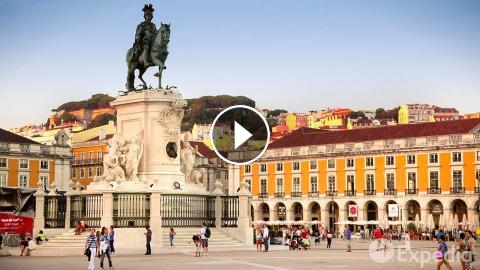 From its days as a Phoenician outpost to its expansion into a 16th century trading giant, from the Great Earthquake of 1755 to its glorious reconstru...